21st Century HR technology is a beautiful thing. We’ve talked about its benefits and applications numerous times. No matter what HR function you pick – recruitment, retention or Learning & Development (L&D), there is at least one relevant HR tech solution available to improve things.

Last week, we showed you how to upgrade your selection process using HR Technology. In case you missed it, check it out here.  Now, it’s easy to list the benefits HR software supposedly has to offer, but based on what exactly? What’s the reasoning behind those benefits? Valid questions, and the reason why we wanted to delve into some of the science behind the funnel we sketched out.

In itself, having candidates do some sort of assessment is nothing new; the infamous pattern recognition test and number series have been around for quite some time. And although both assessments can add value during a preselection process, they don’t give you the full picture when it comes to an applicant’s personality, skills and aptitude.

As stated last week, ideally you assess personality, intelligence, skills required for the job and situational judgement. Today, we’ll have a closer look into the scientific reasoning behind these tests and how they enhance each other.

HEXACO
Personality is important when it comes to recruiting people to join your company. A person’s character tells you a lot about their work ethics, their sociability and will help you decide whether or not someone will fit in your company culture.

Personality is testable and the HEXACO personality framework is one of the most valid testing methods out there. It’s also the one we use for our preselection tool TalentPitch. This is how it works: an applicant’s personality is assessed on six different dimensions, each dimension having four facets. Honesty, Extraversion & Conscientiousness are examples of a dimension. If we pick Honesty and look at its four facets we have Sincerity, Fairness, Greed Avoidance and Modesty.

A minimum of 60 questions is required to get a reliable prediction about a candidates personality framework, but versions with 100 and 200 questions are available as well. And logically, the more questions you ask, the more reliable the personality profile you will get.

For an extensive overview of all personality dimensions and facets measured by HEXACO, go here.

Brainpower
Pattern recognition and number series are two examples of what an intelligence test can consist of. Each of these exercises measures a different dimension of intelligence.

In our TalentPitch the intelligence test is made up out of three parts. An applicant’s score starts with the percentage of questions they answered correctly. Let’s say, for explanation’s sake, they scored 50%, 60% and 70% on the three respective tests. These scores will then go through statistical computation which leads to one overall score. This overall score shows the applicant’s results compared to the population (i.e. the other candidates that applied for the job): A score of 50 is the average of the population, so if the candidate scored higher than 50 they’re above average and if they scored lower, well, then they’re below average.

Skills
It’s relatively easy to test an applicant’s linguistic, multitasking and typing skills. You can ask them to correct sentences to assess their English (or any other language) for instance. When it comes to their typing abilities, you can ask them to write down the phrases that are shown to them.

As with the intelligence scores, the results of the skill tests are then computed with statistical methods and corrections with three final, overall scores as a result. Again, this final score will be measured against the average score of the other candidates and hence tell you how the applicant performed.

A Situational Judgement Test (SJT) – most of the time in combination with a few supporting videos – gives a realistic job preview. Meaning one that focuses on the critical aspects, the stuff that makes the difference between a good and a not so good employee. It shows the work, the company, and its culture as it is. Candidates truly experience a day in the office and will know exactly what they’re getting themselves into.

In short, SJTs measure an applicant’s judgement in typical work related situations. While an applicant goes through the SJT, data is collected to determine whether or not they understand how to respond and how not to respond. Once again, the candidate’s score will be subject to the computing and correcting and lead to a final score. This final score will then indeed be set off against the average of other applicants and thus indicate how well this particular candidate did.

So we have a total of four scores from every candidate. There is the result from the HEXACO, the intelligence test, the skills assessment and the situational judgement. Great, but what’s next? Algorithms will now calculate a so-called matching score.

During the initial implementation of this selection funnel, a benchmark is set together with the company that’s going to use it in its preselection process. Meaning, a profile is created for its ‘ideal employee’. This benchmark will serve as a guideline in assessing applicants profiles.

Once you have all these testscores, it’s matching time; which candidate fits best with the job and your company? In order to find out, the testscores of the applicants are compared with the benchmark that’s been set and voila: you can now scientifically justify your hiring decisions.

There you have it, some of the science behind the software. Preselection software is a good example of how 21st century HR technology complements human insight and experience. Candidates go through a fully automated, online application environment, allowing the software to gather relevant data. At the end of this experience, the recruiter receives a report that holds the test results, but the applicant does too. So the HR professional gets to data-back his or her hiring decision while the candidate gets tangible feedback which can be used to improve him or herself. Two words: win win. 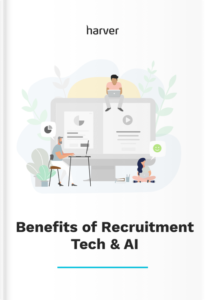 Talent Analytics: Overview and How to Get Started