According to LL-144/Int-1894, also known as the NYC Bias Audit Law, employers with job candidates in NYC are going to have to be more forthcoming about the tools and technologies they use in the hiring process. Specifically, organizations will have to make sure their selection assessments or automated employment decision-making tools (AEDTs) have been “audited” by an independent party. The focus of these audits is meant to address disparate impact, also known as the tendency of a hiring tool to disadvantage members of certain protected classes.

And the most notable piece? The results of these audits must be publicly shared on an employer’s career websites.

Since companies from all around the globe employ workers in NYC, this new legislation has been prominently discussed across the world of HR in recent months. The big question: what is compliance with this law going to look like? Naturally, employers want to know so they can be ready once LL-144 goes into effect.

City officials are currently working on the “rules” that will govern the specifics of this unprecedented legislation, including what technologies qualify as AEDTs, who can conduct bias audits, and what information needs to be included in the public reports. The final decisions regarding the rules are expected to be made public by the Department of Consumer and Worker Protections (DCWP) before the end of the year.

Update (December 12, 2022): NYC officials announced that enforcement of LL-144 is delayed until April 15, 2023 due to a high volume of public comments and updated plan to hold a second public hearing.

How to prepare for the NYC Bias Audit Law

Given that the rulemaking process for LL-144 is still ongoing, some commentators have argued that it’s entirely impossible for employers to prepare. While no organization can yet claim to be 100% ready until regulators have finalized the details, this does not mean that employers should resign themselves to a “wait-and-see” mentality.

Here are five things employers should ask themselves to prepare for the NYC Bias Audit Law:

1. Do I screen job candidates who reside in NYC for jobs/promotions?

No matter what the finer details of bias audits look like, if an employer does not evaluate NYC-based workers for jobs or promotions (and is not intending to in the future), LL-144 will not apply to them.

2. Do I use any tools/technologies to screen job candidates that could be described as “automated” decision-making systems?

One way for employers to avoid worrying about LL-144 is to understand if their HR technologies qualify as “automated” systems subject to bias audits. However, it is important to note, the precise definition of “automated” tools has not been finalized by DCWP.

For example, it could very well be the case that some more traditional hiring assessments that are computerized and automatically scored fall under the law’s scope. Employers should not make premature assumptions about what types of technologies will require bias audits and which will not as a strategy for navigating LL-144.

3. Have I reached out to the vendor(s) who developed the tools/technologies?

Bias audits are intended to provide transparent information about hiring technology products, so it makes sense for employers to talk to the entities that built these products about LL-144.

4. Am I using any hiring tools/technologies that I already know have significant disparate impact?

LL-144 is about public reporting on disparate impact. Many employers have relied on hiring assessments with significant disparate impact, such as traditional cognitive ability tests, for decades. However, this information has not generally been made obvious to job candidates or the public. For these employers, it’s important to consider how the revelation that their hiring procedures are biased against diverse candidates might affect their reputation.

5. Should I think about using hiring tools/technologies with less disparate impact?

Many employers have recently made bold commitments to workforce diversity and inclusion policies. Once LL-144 is enacted and clear information becomes available on bias in automated employment tools, it’s very likely that this data will become a part of how the public keeps employers accountable to their stated commitments. For organizations that have been relying on hiring tools with disparate impact for a long time, it might be time consider identifying alternative procedures that are less likely to disadvantage diverse candidates.

We expect more information to be released as it relates to LL-144 and are committed to sharing the latest.

As an organization, Harver is 100% committed to complying with the law and will be working with a third-party to undergo all necessary and required disparate impact testing outlined by the law. Sara Kassir is an expert on algorithmic accountability who has spent the last several years tracking emergent regulation related to automated decision-making systems. She holds a Master in Public Policy from the Harvard Kennedy School.

Sara Kassir is an expert on algorithmic accountability who has spent the last several years tracking emergent regulation related to automated decision-making systems. She holds a Master in Public Policy from the Harvard Kennedy School.

HR Defined: What Is Internal Mobility? 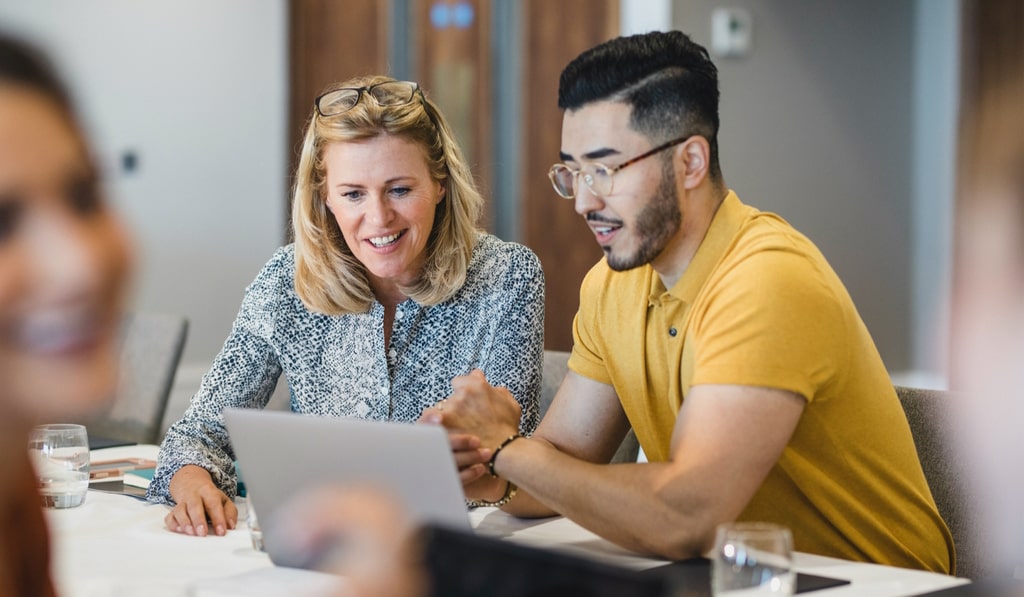 Get the answers you need to optimize
your TA and TM processes and results.