This article is based on an interview with Kyle Snyder on the Recruitment on the Go podcast.

The BLM movement but also the impact of COVID-19 have highlighted ongoing systemic racism and inequality issues not just in society, but in the workplace too.

Having an inclusive workplace benefits everyone, as well as being great for your business:

Having an inclusive workplace starts with writing inclusive job descriptions to attract a diverse pool of candidates. Even if you think you’ve got it nailed, that you’re 100% inclusive in your recruitment practices, remember that culture is continually changing and shifting over time. Meaning there’s always room to improve your hiring process, to develop your approach or refine it, to make it even more inclusive.

Not sure how to start improving your job descriptions and job ads?

Here, courtesy of Kyle Snyder, a trained linguist with a background as a textual language data and research specialist who’s been researching topics of inclusion offline and online, specifically studying how people use language to create a culture of inclusion, are 6 tips for writing inclusive job descriptions.

You can download a one-pager with the practical tips for writing inclusive job ads by Kyle Snyder here.

What exactly does inclusion mean?

Inclusion has been an important topic of discussion for a couple of decades already, visible across multiple industries from non-profits, universities, and research institutions to large corporate tech companies. Inclusion in the workplace essentially means that no one is excluded intentionally or unintentionally or as a result of bias during recruitment and other employment practices, regardless of their background.

Having an inclusive workplace doesn’t mean simply hiring in POC to meet a quotient, it means reviewing your recruitment processes, ensuring you adhere to fair hiring practices, making impartial promotion decisions, and treating all of your staff equitably.

There are different types of diversity that you should address to build a truly inclusive workplace, for example, race, background, religion, sexual orientation, age, class, and various other cultural dimensions. However, the true extent of diversity goes much further. Here are some dimensions of diversity (and this is still inexhaustive):

Read on to find out how you can write inclusive job descriptions with different diversity aspects in mind!

While it might seem obvious to you to produce your job ads in the language of the market where you’re hiring, bear in mind that there’s a difference between translation and localization. Translation is going from one language to the next, or one language to multiple languages. But localization takes in all of the social and cultural aspects of the population that speak the target language.

Write your advertisements in the languages and varieties of where you are advertising and localize the text to the intended pool of applicants.

Humans are incredibly linguistically diverse and languages around the world can vary even if they have the same name.

A classic example is Portuguese in Portugal versus Portuguese in Brazil. There are 76 varieties of English around the globe, for example, from North America to Australia, Southeast Asia to Africa. India has 22 officially recognized regional languages.

While we’re on language, it’s worth mentioning that as well as being a factor in advertisements, the language you use in language assessments (if you require them), is important to consider too.

Listen to the full Recruitment on the Go episode with Kyle Snyder here:

Gender binary is still a prevalent concept in many societies, however, humans are incredibly gender-diverse. Some languages, like English, have pronouns that may or may not cover the range of this diversity.

Adopting the right technical methods can help you make your job ads neutral. Depending on the language, use pronouns that are not specific to one gender over another. In English, use ‘you’ instead of ‘he’ or ‘she’ (‘you will be a specialist’ vs. ‘she will be a specialist’). It’s worth noting that the pronoun ‘They’ is becoming quite popular now and is considered a neutral term.

Another example would be to use ‘parental leave’ instead of ‘maternity leave’.

Also, even your choice of adjectives can be gender-biased – ‘strong’ can be thought of as a masculine word, for example. If you aren’t sure if you’ve removed all of the gendered language from your advert, have someone, outside your industry, review the advert to double-check it for you. You can also use a tool like Gender Decoder to fight subtle bias in your job ads. 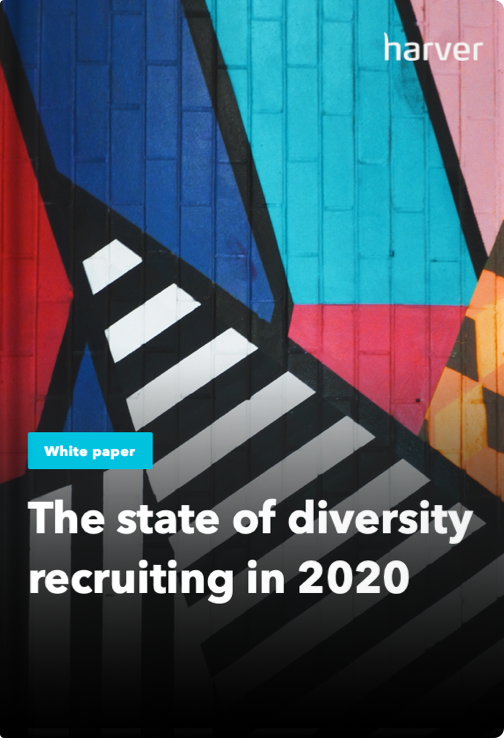 3. Be aware of literacy exclusion

Literacy inclusion is not really a term that is widely known, but it basically means including people with different levels of literacy. This is also a good way of ensuring you’re not being ageist either and unintentionally overlooking younger applicants – our literacy levels change as we age, usually broadening and improving.

We know that good content is accessible content, so write in an accessible way as much as possible too:

The complexity of text, for example, the length of sentences and complex phrases, can make job advertisements difficult to understand. So as well as ensuring your content appeals to as wide an audience as possible, make sure it’s readable too.

You can enlist the services of an expert in text analysis to have your documents measured for their readability – to assess the level of reading ability required for understanding the content. Or you can use the numerous tools – like Hemingway Editor or Grammarly – available online to help with this. If you’re going down this route, make sure you understand what the reading score being applied to your text means, because there are at least 10 readability formulas that could be used.

You don’t have much time to get the attention of the readers of your job postings. That’s why you should keep them as readable as possible.

4. Be cognizant of cognitive processing

A recent study found that individuals with dyslexia reported that standardized job descriptions and hiring processes stopped them from applying for certain jobs. And when at least 10 percent of the US population has dyslexia, (and people with dyslexia are a protected class), that’s a lot of potential candidates you could be unintentionally closing the door on.

Typically, people who have learning disorders like dyslexia, specifically have a challenge with processing written language. And of course, the level of literacy is related to how much language or what level of language you can process.

What can you do about this?

A clearly formatted text with subheadings and a sans serif font is dyslexia-friendly and easier to read for your potential job candidates.

5. Write your advertisements without jargon

Jargon heavy job advertisements reduce the chances of applicants with transferable skills from other industries from applying to your adverts, even if they’re likely to learn the jargon on the job. Keep jargon out of the ads for now.

If you use industry jargon in your job ads, you could potentially be excluding people who have the right skills, who might fit in that position, but who simply don’t know the jargon. This is even more important if your organization has its own jargon – which you might not be aware of, especially if you’ve worked in the industry for a while.

Just avoid including any jargon in your adverts. You want to make the language of your job ads as accessible as possible to a broad applicant pool. Don’t worry about damaging the SEO aspect of your job ad by removing jargon, algorithms are so advanced now they understand context, so you don’t need to pack the advert with keywords to get ranked. Just focus on writing inclusive job descriptions that describe the tasks and requirements of the role.

Jargon can be especially discouraging for applicants for entry-level roles. Check out this Jargon Decoder tool to remove common jargon from your job ads.

Social categories like age, ethnicity, and social class can be difficult to address in your job ads as they can vary enormously and be incredibly complex in their nature and intersect. But one way to approach it is to not deal with it from a linguistic standpoint at all, rather address it directly and opt for specifically inclusive content. For example, have a section that directly addresses that candidates from diverse backgrounds are welcome to apply.

You could also remove keywords and phrases which might act as proxies for different class backgrounds, i.e. ‘top tier university’.

As humans, we are conditioned to use certain language, but in order to write inclusive job descriptions, you have to become really aware of the language that you use. When you say something like looking for an ‘expert’ or a ‘specialist’, ask yourself, am I really looking for an expert? Is it really an expert that I want? Or am I just after someone who has exposure to a certain skill set?

If you want to move forward and ensure that you only write inclusive job descriptions in the future, look at your historical documentation and data as a first step, and ask yourself things like:

If the answer to any of these is ‘yes’, seek to resolve these issues in all future job advertisements.

Only 1 in 8 jobs promote diversity in their job descriptions. This has increased by a mere 2% since 2016.

As recruitment practices develop alongside developments in tech and data science, we’re in a really good position to make hiring less biased and that will help us make the world of work fairer, as well as have an economic value too.

Start by creating job advertisements with inclusive job descriptions so that potential candidates are not dissuaded. That’s how you can build a diverse candidate pool, work to make a real impact and create a diverse work environment. 5 Tips for Attracting More Diverse Candidates When Hiring at Scale

5 Practical Solutions for Promoting Diversity and Inclusion in Retail

8 Best Practices for Creating an Inclusive Culture in Your Workplace

Diversity and Inclusion Metrics: What and How to Measure